Time to Get Paid!

This three day challenge teaches content creators how to get brand sponsorship deals. By the third day you will have a list of 10 companies to pitch and know the right people to contact. 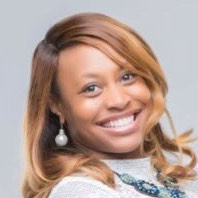 "Thanks to Mario, I secured a sponsorship with Hotel Colee (formerly the W) in Buckhead for more than $12k.

And we are now talking about them sponsoring my Sip & Shop events for the rest of the year with talks of all of 2022 as well. I’m so excited about the sponsorship and want to use it to get even more sponsorships from other companies. I’m using what you taught to get monetary sponsorship and I got myself an intro to Lexus later this week."

"I’m getting in the door so much faster because of Marios process. Before I took the course, it took me months before I was able to reach a brand.

But now that I’m utilizing Mario’s formula, I’ve been getting an immediate response from sponsors. It has been eye-opening to see how quickly I am getting in the door with these big brands, just by applying the steps he has laid out."

Is this challenge right for you?

To find out if the "Time To Get Paid" Challenge is right for you, ask yourself these three questions.

Do you have something already developed that you think brands should be sponsoring?

Are you serious about developing a new revenue stream from brand sponsorships?

Do you want to have a list of 10 brands that are likely to do a brand deal with you?

If you answered "YES" to any of these three questions, this challenge is right for you!

I’ve personally pitched and secured dozens of brand sponsorship deals totalling over $4 million with some of the largest companies in the world, including Capital One, Wix, Facebook, Ford, Intel, Target, Beats by Dre, FedEx Office, and Zenni.

I’ve grown two companies based solely off of sponsorship. I’m talking about every idea, every project, every event, and countless podcast episodes, social media posts and online videos—each and every time, I got sponsorship money to not just cover my costs, but to turn a significant profit.

I’m also the host, creator and executive producer of my own show, the Never Settle Show, which in less than two years I took from an idea to a full production that’s shot in front of a live studio audience in New York City, funded 100% by brand sponsorship. The show has been successful, too, with two Emmy Award nominations and one Emmy win!

Sponsors of my web series included Wix, Zenni, and Capital One.

When I’m not securing sponsorship or hosting my own show, you might catch me on NBC’s TODAY Show, CNN, and NPR. I’ve also done appearances on shows like Inside Edition, Dr. Oz and more.

While my background is in sales, and my career in media and entrepreneurship, my passion is helping people win.

I focus on positivity and advice to inspire people to take action on their dreams and passions.

"I've watched Mario take his ideas from just that 'an idea' to developing his own show and building his business by selling sponsorships. Mario is the real deal, he fights for the underdog. I love his technology expertise, his marketing savvy and his ability to teach others with empathy. He's a good dude and he's also one of my highly sought after speakers for my public speakers company Shark Speakers."

When we offer this challenge again, in just 3 days, you will generate 10 leads and build a path to full time income for your content.